Explore Canberra to experience Australian culture and history at superb monuments and galleries. Here you will find Parliament House where the nation’s Senate and House of Representatives meet.

The city is also home to prestigious universities as well as renowned galleries and museums.

As Australia's capital city, Canberra houses many of the nation's most important art, including a priceless collection of Aboriginal art. The National Gallery of Australia is Australia's pre-eminent public compiler of art, housing more than 7500 Australian, Asian and Aboriginal artworks across 13 different galleries.

Canberra's reputation as a culinary destination is relatively newfound. The city has played host to several excellent fine dining restaurants, such as Chairman & Yip, for decades.

The heavily forested valley of Tidbinbilla Nature Reserve is only 40 minutes from Canberra, but it teems with wildlife, including emus, kangaroos and cockatoos.

Tour the Australian Capital Territory from Canberra, home to Parliament House, the Australian War Memorial and the National Gallery of Australia, with its dedicated Aboriginal art galleries. Follow the Poachers Way to wineries and galleries, picnic along the Murrumbidgee Corridor and discover the wildlife, walking trails and Aboriginal rock art of Tidbinbilla Nature Reserve and Namadgi National Park. Explore the magnificent Australian Alps.

The ACT is located between Sydney and Melbourne and was created to house the nation's capital city of Canberra. 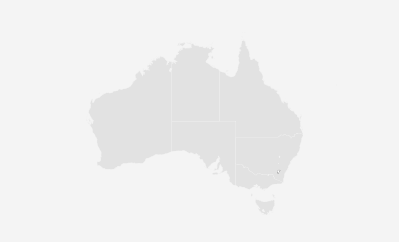 The Australian Capital Territory houses Canberra, Australia’s capital, built between Sydney and Melbourne in the early 20th century. The federal district’s forest, farmland and nature reserves earn Canberra its nickname, the “Bush Capital.” The city’s focal point is Lake Burley Griffin, filled with sailboats and kayaks. On opposite shores are the grand Australian War Memorial and the massive, strikingly modern Parliament House.

Not only is Canberra Australia's youngest capital city, it's also the most surprising. The federal capital houses many of the country's cultural institutions but also supports a thriving arts community and a lively food and bar scene.

Australia's Parliament House is a gorgeous example of modern architecture, which was only unveiled in 1988. Visitors can witness the democratic process at Question Time, in the House of Representatives or Senate.

A visit to The Australian War Memorial is vital for anyone who wants to understand Australian history. The memorial chronicles the involvement of our nation’s troops in war, from the colonial period to the present day.

Contact Us
Touring Treasures transform people’s lives forever by allowing them to create memories of a lifetime and experience a world of emotions through highly personalised experiential journeys designed under our unique methodology: The Art of Haute Couture Travel.