Pulse of the Emirates

Request Pulse of the Emirates

Pulse of the Emirates

Embark on a spectacular journey across the United Arab Emirates.
Discover and experience a country of wonderful contrasts where luxury and style fuse with tradition and culture, captivating you with atmospheric souks, opulent hotels, fine dining and incredible shopping.

Blessed with the unique landscape of the Hajar Mountains, rolling sand dunes and sunny coastlines, the United Arab Emirates will undoubtedly marvel you. Whether enjoying the 360 degree sweeping views from the world’s tallest tower, the magnificent Sheikh Zayed Grand Mosque, the thrill of a helicopter sightseeing tour, a leisurely Dhow Cruise along the opal blue waters of the Musandam’s fjords in the Sultanate of Oman, an air balloon adventure over the majestic Hajar Mountains, or a breathtaking royal desert safari under the starry skies, this itinerary will allow you to sense the pulls of the Emirates.

Indulge the most iconic and spectacular places of the Emirates with this luxurious hand-crafted itinerary that blends subtly modern and traditional attractions.
Tantalize your senses on the northern Musandam Peninsula in the Sultanate of Oman.

Enjoy pristine white sand beaches of the Arabian Gulf or some of the best snorkelling opportunities in the world. Discover the pleasures of cruising on a Dhow, a gallant six-meter high local fishing boat, through the dramatic Fjords of the spectacular Musandam Peninsula nicknamed ‘Norway of Arabia’. Keep an eye for dolphins and explore small bays and unique fishing villages carved into the Fjords.

Cruise the mangroves’ labyrinthine waterways on board a traditional jalboot and learn about emirate’s pearl-diving heritage which accounted for as much as 95 percent of the region’s income in the 19th century before oil was discovered in Abu Dhabi in the early 60’s.

Be fascinated by Dubai's rich history and tradition touring around the Al Fahidi Cultural Neighbourhood, Dubai Creek and the Gold and Spice Souks.

Enjoy a visit to Dubai Museum that offers you an opportunity to get acquainted with the rich history and tradition of the United Arab Emirates.

Tour Abu Dhabi’s most iconic landmark, the Sheikh Zayed Grand Mosque that covers a staggering 12 hectares and is officially the world’s third-largest mosque – accommodating up to 41,000 worshippers. An architectural masterpiece, the mosque is clad in Indian Makrana marble (also used in the Taj Mahal and White House), and features 82 onion-top white domes punctuated by four lofty, white minarets that soar 115 metres towards the sky.
Equally impressive is the prayer hall’s hand-knotted Persian carpet, which happens to be the largest in the world, completed by 1,200 Iranian women over the course of two years.

Visit the Al-Hosn Fort, also known as the Old Fort or the White Fort. It is the oldest building in Abu Dhabi and one of its major historical points of interest. The palace was built in 1793 as the residence of the ruling family and the seat of government. The interior of the Al Hosn Fort has been renovated and modernized and is now used as a museum that traces the history and culture of Abu Dhabi.

Explore the East coast with its picturesque fishing villages of Khorfakkan and Dibba
and the mountainous city of Fujairah, home of the country’s oldest and smallest mosque – Al Bidyah Mosque which was built over 500 years ago.

Be exposed to the fascinating Bedouin culture - one of the founding pillars of the United Arab Emirate society that plays an integral part in the Emirati national identity.

Delve into the urban culture of some of the world’s most fascinating cities.

Dubai boasts iconic landmarks, including the Burj Khalifa, the tallest building in the world, the Burj Al Arab, the first ever ‘seven star’ hotel, and manmade island Palm Jumeirah. Discover the luxury of its exclusive hotels, shop in its plentiful malls and dine in some of its world-renowned restaurants.
Escape this ultra-modern scene to explore the old towns of Deira and Bur Dubai, both bursting with history culture and heritage, and offering visitors a glimpse of Dubai before the arrival of skyscrapers.

The dynamic island city of Abu Dhabi is shaping an exciting future while managing to preserve the country’s traditional heritage. You’ll appreciate its Corniche and futuristic growing skyline, iconic Sheikh Zayed Grand Mosque, majestic Emirates Palace, state of the art Louvre museum, and dense mangroves and waterways that divide the city into both natural and man-made islands.

Take a trip to the Liwa Oasis, historical home of the Nahyan family – the leaders of Abu Dhabi emirate and the United Arab Emirates, and discover the world's largest uninterrupted sand mass – the Rub Al Khali (Empty Quarter) that will blow you away with massive expanses of awesome desert and enormous dunes. Considered by many to be the world's tallest sand dune, Tel Moreeb is over 300 metres high and the 50-degree incline to the top makes it a prime destination for motor sports enthusiasts.
Amidst the dry desert landscape, this verdant oasis symbolises the energy of life in a captivating romantic surrounding.

From almost forgotten Bedouin cuisine to innumerable celebrity chef openings, the Emirates have flourished into a formidable dining destination with a dazzling array of fine dining venues. Embark on a journey of culinary discovery and be prepared for a daily delectable feast.

Witness unforgettable, panoramic views over Dubai from the observation deck of the iconic Burj Khalifa, the world's tallest building. Let your jaw hit the floor as you are elevated up 125 floors to fantastic 360-degree views over the Arabian Gulf.

Take an Abra, a traditional boat made of wood, and ride across the Dubai Creek – the original centre of the city's commerce, as a great way to explore some of the older parts of the city.

Venture a helicopter sightseeing tour above Dubai’s iconic landmarks followed by a private transfer above the valley of mountainous dunes and disembark at the majestic Qasar Al Sarab Desert Resort for a stay of enchantment in the midst of the desert.

Indulge the splendour of the great outdoors on a guided desert walk or camel trek.
Hop into a specially adapted 4x4 vehicles and let your guide take you on a scenic adventure among some of the tallest dunes around. Stop for a photo opportunity and learn about the shifting sands of the dunes and the indigenous plants and animals that inhabit them.

Discover the ancient traditional sport of falconry and hunting with Salukis which has been practised for thousands of years in the UAE. Falcons have become a cultural symbol of the region owing to their skill and personality, whereas Arabian Salukis are known for their excellent speed, intelligence and stamina which has made them the perfect hunting companions for centuries. Enjoy this unique indigenous experience and learn traditional hunting techniques. Be enthralled by a live falcon and Saluki show, followed by engaging stories and experiences about hunting with these wonderful creatures.

From the moment, you step into the land of the Emirates, this itinerary will take you on a memorable modern and traditional luxurious adventure.

The Emirate of Dubai is the second largest of the seven United Arab Emirates but has the biggest population at over 2.1 million inhabitants. From its humble beginnings as a simple fishing and trading village, the Emirate of Dubai transformed itself into a world-class destination. The emirate boast iconic landmarks, including the Burj Khalifa, the tallest building in the world, the Burj Al Arab, the first ever ‘seven star’ hotel, and manmade island Palm Jumeirah. Escaping this ultra-modern scene are the old towns of Deira and Bur Dubai, both bursting with history culture and heritage, and offering visitors a glimpse of Dubai before the arrival of skyscrapers.

Fujairah is a modern, industrious city that is the main settlement of the east coast. The emirate is separated from the rest of the United Arab Emirates by the jagged line of the Hajar Mountains. Although the city itself is a grid pattern of high-rise office blocks, much pride and fine restoration work has been put into the few historic attractions - the Al-Bidyah Mosque and Fujairah Fort that are the two main sightseeing highlights. The beautiful coastline is ideal for water activities, while the city is a great base for explorations into the Hajar Mountains.

Abu Dhabi is the capital and the second most populous city of the United Arab Emirates, and also capital of the Emirate of Abu Dhabi, the largest of the UAE’s seven emirates. Abu Dhabi lies on a T-shaped island jutting into the Persian Gulf from the central western coast.
Despite its modern façade and constant reinvention, the country’s capital upholds many of its old traditions and continues to embrace the rich cultural heritage that has withstood the test of time.

Located at about 150km south of Abu Dhabi, magnificent Liwa Oasis is a fantastic escape from the city. The oasis settlement is noted for its date farming, and one of the largest sand dunes in the world is just on the outskirts. This makes it a must-visit attraction for anyone wanting to know more about the Bedouin culture.

Separated from the rest of Oman by the east coast of the United Arab Emirates, the Musandam Peninsula is called the ‘Norway of Arabia’ for its beautiful khors (fjordlike inlets), small villages and dramatic mountain-hugging roads. Accessible but still isolated in character, its waters are home to dolphins and other marine life. Immerse yourself in the wonders of Oman’s wildest and northernmost region. 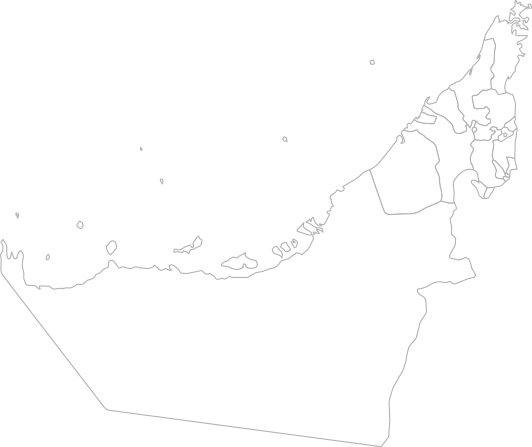 Take your pick from luxury beach hotels or extravagant resorts that will take your breath away, with every fine detail considered to make your Emirates experience truly spectacular.

The distinctive sail-shaped silhouette of Burj Al Arab Jumeirah is more than just a stunning hotel, it is a symbol of ...

A lavishly imagined dream, Emirates Palace offers you a magical location to enjoy the quintessence of award-winning 5-star luxury hospitality and ...

The “Stay with Armani” philosophy promises a “home-away-from-home” experience. A global design first, the hotel has been designed and developed by ...

Al Maha Resort is nestled in a verdant palm oasis, deep within Dubai’s magical dune and desert landscape in the Dubai ...

Your ideal stay is waiting for you at Park Hyatt Abu Dhabi Hotel and Villas. Strategically located on a pristine natural ...

In a setting that is as beautiful as it is central, Palace Downtown Dubai is a five-star premium hotel and the ...

One & Only Royal Mirage

On a kilometre of private beachfront overlooking the amazing landscape of The Palm Island Bay, One&Only Royal Mirage commands a regal ...

The award-winning Six Senses Zighy Bay beach resort in Oman is not just remote, it's like nowhere you've seen before: cradled by craggy ...

This is my First Time Chartering a Private Yacht. What Should I Know?

Fine dining under the stars at Ayers Rock – Table 131°